Why do we need agile retrospectives?

I’ve recently had an email communication based on my webinar: Dude, where’s my control?

It was from a Project Manager turned Scrum Master who is really struggling with the transition and particularly around Retrospectives:

“Do you have any suggestions for how I can run a more efficient Retrospective meeting at the end of a sprint? I’m working in a team divided with their opinion on the usefulness of the retrospective. Some see it as useful and productive and others see it as a waste of time and not valuable to the project. At the moment, I’ve cancelled it and am instead closing the meeting after the demo but I want to start doing a retrospective that will add value to our project and team”.

My first comment is that it’s a shame that you’ve cancelled the retrospective. I’d definitely look at reinstating it and getting the team back into the rhythm of a retrospective. Let’s go back to the basics. 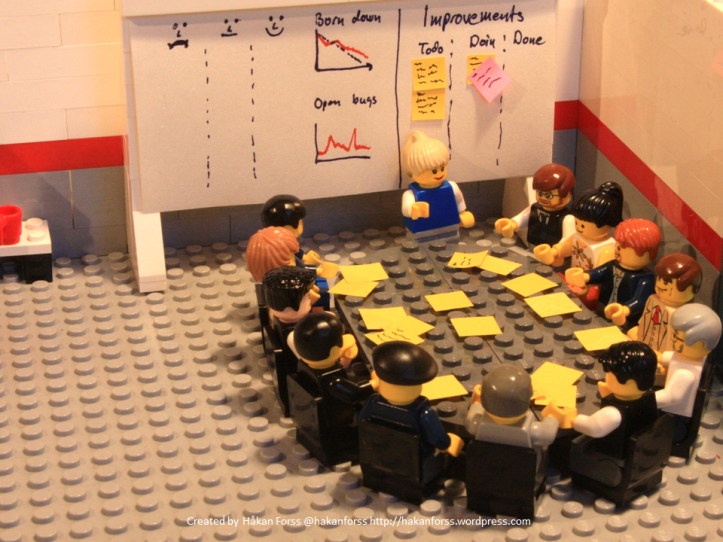 What is the retrospective?

The retrospective is held at the end of a sprint/cycle to analyse what went well and what went wrong in the last sprint. It’s invaluable in getting a gauge of the current ‘health’ of the team/project. I find that it also helps the team think about the improvements that they could be making in the next sprint. The sprint retrospective is a critical part of the agile cycle as it allows a team to continuously and actively improve and adapt throughout the life of a project.

What makes a good retrospective?

In my opinion the most important element of a successful retrospective is being able to have everyone speak in an open, honest and constructive manner. This in itself can be very difficult depending on your team and organisation! In difficult situations, I’ve often said that the meeting room was a ‘safe’ place where there would be no repercussions for what was said as long as it was honest and constructive. This built a lot of trust but did require a lot of facilitation in the first few meetings to keep the team on track.

As part of the ‘inspect and adapt’ process, the team needs to make sure that they are improving throughout the project and sprints. I’ve found this to be one of the motivating areas of scrum as the team feel like there are considerable improvements being made throughout the life of the project.

This is an area where a lot of teams struggle. It’s entirely natural that there will be people that will speak up in a meeting and others that will remain quieter/silent. Being able to have all of the team actively contribute in the retrospective will ensure that you’re getting a full picture and overview of what could be improved. This involvement should include; all areas where the team have performed well, the areas for improvement and what could improve productivity moving forward.

When a team starts suggesting improvements to the process, there are more likely to own these tasks. These improvements do not necessarily need to be big things, but anything that could improve the sprint from the last one.

A retrospective does not need to be a long meeting. Keeping the meeting in good motion will help ensure that people are not ‘bored’ or distracted. I’ve managed retrospectives that have lasted 90minutes and others that have lasted 20-30minutes. Being able to facilitate an efficient meeting enabled me to keep the team focused and to do this, I made sure that I was fully prepared for the meeting and had everything ready at the start of the meeting (flip charts, post its etc).

There are some fantastic articles available that describe in detail how you can improve your retrospectives. I’ve included a few below that I think are really useful and valuable:

Should we even bother?

The short and simple answer to this one is YES, you should. Retrospectives are an invaluable part of the agile process and using this time to devote to improving, analysing what’s going well/wrong and giving your team the time to bond and grow will only give you a better team and project in the long term.

What do you think? I’d love to hear your thoughts on any changes that you’ve made to make your retrospectives more efficient.